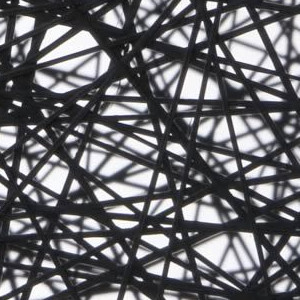 Random numbers are important elements in stochastic simulations, but they also show up in machine learning and applications of Monte Carlo methods such as within computational finances, fluid dynamics and molecular dynamics. These are classical fields in high-performance computing, which StreamHPC has experience in.

A common problem when porting traditional software in these fields to parallel computing environments is the generation and reproducibility of random numbers. Questions that arise are:

We consider verification from the viewpoint of producing identical results among different software implementations. This is often an important matter for our customers, and we have given them guidance on how to address this issue when random numbers are involved.

In this first part of our two-part blog series, we will briefly address some common pitfalls in the generation of random numbers in parallel environments and suggest suitable random-number generation libraries for OpenCL and CUDA. In the second part – on the blog soon – we will discuss solutions for reproducibility in the presence of random numbers.

PRNGs traditionally offered to application developers fail within the parallel setting. One reason is that these algorithms usually only support the sequential generation of random numbers based on some initial (seed) value (e.g., consider the standard C rand() function), so work items on a parallel device would need to block for getting exclusive access to the generator, which clearly impacts efficiency.

Some applications may require only a moderate amount of random numbers. In this case, we found it feasible to precompute the required set of random numbers and hold them in global memory. We call this the table-based approach. Other applications in turn may need to efficiently create a huge amount of random numbers. In this case, it may be necessary to equip each work item with its own PRNG seed. One potential problem with this approach is the use of weak PRNGs such as linear congruential generators (LCGs), which remain popular due to their speed and simplicity. In parallel settings, correlations between output sequences are aggravated and the quality of the application output may be severely affected, so LCGs should not be used at all. Another problem is the use of a small seed or a small PRNG’s internal state space. In this case, we may expect that the probability of two work items creating the same random sequence is quite high. Indeed, if we would randomly seed via srand(), the chance is already 50% for two out of approximately 77,000 work items creating entirely the same random number sequence! So we may either need a PRNG with a larger seed space and internal state, or one with a larger state and some mechanism to subslice the PRNG’s output sequence into non-overlapping “substreams”, with one substream per work item. The Mersenne Twister is highly acclaimed but requires a memory state of approximately 2.5 KB per work item in a parallel setting, and substreams are difficult to implement. While good PRNGs with a small internal state and flexible substream support exist (e.g., MRG32k3a), there are also “index-based” PRNGs, which are often more elaborate to compute but do not maintain any state. Such state-less PRNGs take an arbitrary index and a “key” as input and return a random number corresponding to the index in its random output sequence (which depends on the key chosen). Index-based PRNGs are very useful in parallel computing environments, and we will show how we use them for reproducibility in the second part of this blog.

The choice of an appropriate PRNG may not be easy and ultimately depends on the application scenario. Luckily, there is choice! CUDA offers a set of PRNGs via its cuRAND library, and OpenCL applications can benefit from the clRNG library that AMD has released last year. Both cuRAND and clRNG offer a state-based interface with substream support. For index-based algorithms, the Random123 library provides high-quality PRNG implementations for both OpenCL and CUDA.

So far, we have discussed how we can safely generate random numbers in the GPU and FPGA context, but we cannot control the order in which parallel, concurrent work items create random numbers. This makes it difficult to verify the parallel implementation since its output may be different from that of the serial, original code. So the question is, in the presence of random numbers, how can we easily verify that our parallel code implements not only a faithful but a correct port of the serial version? This is addressed in part two – continue reading. 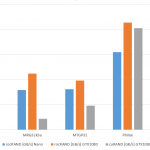 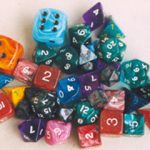 ...  control. And you guessed already that run-time generated random numbers takes good attention. In a selection of past ... 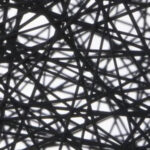 ...  part of our two-part blog series, we have discussed how parallel computing applications can best use pseudo-random number generators ...