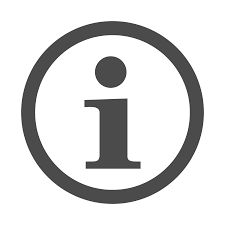 This article focuses on the foundations of solid benchmarking, so it helps you to decide which discussions to have with your team. It is not the full book.

There will be multiple blog posts coming in this series, which will be linked at the end of the post when published.

The questions to ask

Even when it depends on various variables, answers do can be given. These answers are best be described as ‘insights’ and this blog is about that.

First the commercial message, so we can focus on the main subject. As benchmark-design is not always obvious, we help customers to set up a system that plugs into a continuous integration system and gives continuous insights. More about that in an upcoming blog.

We see benchmarking as providing insights in contrast with the stopwatch-number. Going back to F1 – being second in the race, means the team wants to probably know these:

This translates quite well to software. While we speak about “doing benchmarks”, the better name would be “getting insights” – benchmarking is just the tool to get these. Most used are:

Profiling is what many developers do, with different levels of expertise:

So it drills down to understanding what types of problems there are, how much one understands the mechanics behind tools like GDB, and experience with such tools.

Developers by training and mindset already think of automation by default. Still automating to support automation is not always a logical step. Think of liking to make algorithms that solve labyrinths and writing code that measures efficiency of the algorithm – for various reasons the automation-effort of the second part is more often done manually.

This is a part of the art of problem solving, of which we briefly discussed one aspect recently. How to make something that is neither under-engineering nor over-engineering? The first steps of problem solving are all around clearly defining the problem, where the later steps make sure a possible solution has the original problem in mind.

Problems are easily found, by measuring the summed time that profiling and benchmarking take as part of the whole project. Compare that to the priorities of the original problems that need to be solved.

Deciding that benchmarking is important for a project, is half the work. By having the right discussions using the points in this blog article, you can easily get to a good benchmark-foundations.

Benchmarking is initially obvious, but then gets a specialization quickly. We have thought out how to make it less steep for longer, which we will share later. 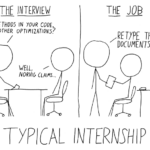 We’re looking for an intern to do the cool stuff: benchmarking and Linux wizarding

...  devices, it was the perfect job for an intern. Besides the benchmarking, we have some other Linux-related projects for you. You'll get ...

...  sure we spend the minimum time on building, testing and benchmarking. CMake is now used to build the binaries. This allows ...

...  SYCL to prepare for Intel Xe. We have more interest in benchmarking different types of algorithms on all kinds of hardware than to ...

...  see Khronos OpenCL CTS framework or Phoronix openbenchmarking.org. Why is it open sourced? There are several reasons. AMD ...