Edit (27 May 2010): until now Oracle/SUN has not shown anything that would validate this rumour, and the job-posting is not there anymore. Follow us on Twitter to be the first to know if Oracle/SUN will have better support for GPGPU for Solaris and/or Java and/or its hardware.

In other words, a specialist in everything graphics-cards and Java, in a completely new area. Since OpenGL is a already known area not needing such a specialist for, there is a very good chance it will target OpenCL. A good choice.

Sun has all reasons to jump the train with Java, since Microsoft is already integrating loads of OpenCL-tools into its Visual Studio product (created by AMD and nVidia). Java has still more than 3 times the market share than C#, but with this late jump the gap will be closer in favour of Microsoft. Remember C# can easily call C-functions (which is the language OpenCL is written in); Java has a far more difficult task when it comes to calling C-functions without hazards, which is sort of implemented here and here. If OpenCL would not be implemented by Java, C, C++ and C# will make a jump a hole in Java’s share.

Besides Java, also Sun’s super-multi-threaded Sparc-servers will be in trouble since the graphic-cards of nVidia and AMD are now serious competitors. There is no official support of Sparc-processors for OpenCL, wile AMD has included X86-support and IBM PowerPC-support (also working on Cell) a few months ago.

Then we have the databases Oracle and MySQL; Oracle depends on Java a lot. While we see experiments speeding up competitor PostgreSQL with GPU-power, Oracle might become the slow turtle in a GPU-ruled database-world. MySQL has the same development-speed and also “bleeding edge” releases, but Oracle might slow down its official support. Expect Microsoft to have SQL-server fully loaded in its next major release.

If Oracle/Sun jumped the train today, expect no OpenCL-products from Oracle/Sun before Q2-2011. 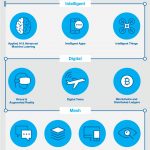 ...  desktop of today. Intel, Xilinx and Altera are also jumping in the business - it's waiting for the independent, broad benchmarks ...

...  turned into a small company with still the strong focus on OpenCL, but with more employees and more customers. I would like to ...