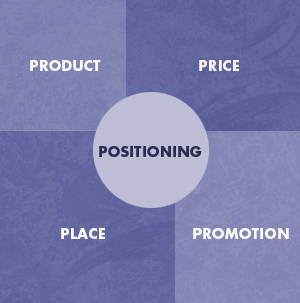 When compute became possible on GPUs, it was first presented as an extra feature and did not change much to the positioning of the products by AMD/ATI and Nvidia. NVidia started with positioning server-compute (described as “the GPU without a monitor-connector”), where AMD and Intel followed. When the expensive Geforce GTX Titan and Titan Z got introduced it became clear that NVidia still thinks about positioning: Titan is the bridge between Geforce and Tesla, a Tesla with video-out.

Why is positioning important? It is the difference between “I’d like to buy a compute-card for my desktop, so I can develop algorithms that run as well on the compute-server” and “I’d like to buy a graphics card for doing computations and later run that on a passively cooled graphics card”. The second version might get a “you don’t want to do that”, as graphics terminology is used to refer to compute-goals.

Let’s get to the overview.

* = For people who say “I think my computer doesn’t have a GPU”.

My thoughts are that Titan are to promote compute at the desktop, while also Tesla is promoted for that. AMD has the FirePro W for that, for both Graphics professionals and Compute professionals, to serve all customers. Intel uses XeonPhi for anything compute and it’s is all actively cooled.

Positioning of the Titan Z

Even though I think that Nvidia made a right move with positioning a GPU for the serious Compute Hobbyist, they are very unclear with their proposition. AMD is very clear: “Want professional graphics and compute (and play games after work)? Get FirePro W for workstations”, whereas Nvidia says “Want compute? Get a Titan if you want video-output, or Tesla if you don’t”.

See this Geforce-page, where they position it as a gamers-card that competes with the Google Brain Supercomputer and a MAC Pro. In other places (especially benchmarks) it is stressed that it is not meant for gamers, but for compute enthusiasts (who can afford it). See for example this review on Hardware.info:

That said, we wouldn’t recommend this product to gamers anyway: two Nvidia GeForce GTX 780 Ti or AMD Radeon R9 290X cards offer roughly similar performance for only a fraction of the money. Only two Titan-Zs in SLI offer significantly higher performance, but the required investment is incredibly high, to the point where we wouldn’t even consider these cards for our Ultimate PC Advice.

As a result, Nvidia stresses that these cards are primarily intended for GPGPU applications in workstations. However, when looking at these benchmarks, we again fail to see a convincing image that justifies the price of these cards.

So NVIDIA’s naming convention is unclear. If TITAN is for the serious and professional compute developer, why use the brand “Geforce”? A Quadro Titan would have made much more sense. Or even “Tesla Workstation”, so developers could get a guarantee that the code would run on the server too.

Radeon and Geforce GPUs are used for low-cost compute-cluster. Both AMD and NVidia prefer to sell their professional cards for that market and have difficulties to make a clear understanding that game-cards are not designed for compute-only solutions. The one thing they did the past years is to reserve good double precision computations for their professional cards only. An existing difference was the driver quality between Quadro/FirePro (industry quality) and GeForce/Radeon. I think both companies have to rethink the differentiated driver-strategy, as compute has changed the demands in the market.

I expect more differences between the support-software for different types of users. When would I pay for professional cards?

So the list starts with hardware specific demands, then focuses to developer support. Let me know in the comments, why you would (not) pay for professional cards.

GPU-developers are not born, but made (trained or self-educated). Most times they start with OpenCL (or CUDA) on their own PC or laptop.

With Nvidia it would be hobby-compute on Geforce, then serious stuff on Titan, then Tesla or Grid. AMD has a comparable growth-path: hobby-compute on Radeon, then upgrade to FirePro W and then to FirePro S or Sky. Intel it is Iris or XeonPhi directly, as their positioning is not clear at all if it comes to accelerators.

Positioning of the graphics cards and compute cards are finally getting finalised at the high-level, but will certainly change a few more times in the year(s) to come. Think of the growing market for home-video editors in 2015, who will probably need a compute-card for video-compression. Nvidia will come with another solution than AMD or Intel, as it has no desktop-CPU.

Do you think it will be possible to have an AMD APU with NVIDIA accelerator? Do people need to buy a accelerator-box in 2015 that can be attached to their laptop or tablet via network or USB, to do the rendering and other compute-intensive work (a “private compute cloud”)? Or will there always be a market for discrete GPUs? Time will tell.

Thanks for reading. I hope the table makes clear how things are now as of 2014. Suggestions are welcome. 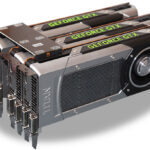 AMD vs NVIDIA – Two figures that can tell a whole story