StreamHPC > StreamHPC communications > General > How many threads can run on a GPU?

Q: Say a GPU has 1000 cores, how many threads can efficiently run on a GPU?

A: at a minimum around 4 billion can be scheduled, 10’s of thousands can run simultaneously.

If you are used to work with CPUs, you might have expected 1000. Or 2000 with hyper-threading. Handling so many more threads than the number of available cores might sound inefficient. There are a few reasons why a GPU has been designed to handle so many threads. Read further…

NOTE: The below description is a (very) simplified model with the purpose to explain the basics. It is far from complete, as it would take a full book-chapter to explain it all.

First: what does “running” mean?

On a CPU there can be more software-threads than hardware-threads running, using continuous context-switching – only when one compute-intensive program needs to take over the whole computer, manual optimisation is needed to perfectly fit the work to the processor. This is often done by scheduling N to 2*N threads on N cores, depending on the effect of hyper-threading. So on the CPU all threads are in a running state, if not actively put into sleeping state.

On a GPU this is slightly different. If an OpenCL programming is running, only a subset of the program’s enqueued threads are actually running. The non-running threads just wait their turn and don’t interfere with the running threads. We can explain this by starting from with something familiar: hyper-threading.

Hyper-threading on the CPU vs the GPU

The following is a simplified model. On the GPU a kernel is executed over and over again using different parameters. A thread is no more than a function-pointer, with some unique constants – a scheduler handles multiple threads at once. This is in contrast with a CPU, where each core has its own scheduler.

Intel CPUs have two threads per physical core for one main reason: optimising usage of the full core. How does this work? A CPU-core consists of several modules, which can run in independently – if two threads use different modules, the speed can be (almost) doubled. If the amount of threads is larger than the hardware can handle (2 times the number of cores), the hardware is shared by all threads by the OS – this can slow down all the processes.

Memory latency is the time that it takes to load data from main memory. A CPU solves the problem of memory-latency by having much bigger caches and very large schedulers. A GPU has so many more cores, that this approach does not work.

The execution model of GPUs is different: more than two simultaneous threads can be active and for very different reasons. While a CPU tries to maximise the use of the processor by using two threads per core, a GPU tries to hide memory latency by using more threads per core. The number of active threads per core on AMD hardware is 4 to up to 10, depending on the kernel code (key word: occupancy). This means that with our example of 1000 cores, there are up to 10000 active threads. Due to the architecture of the GPU (SIMD), the threads are not per work-item (core) but per work-group (compute unit).

On the GPU it takes more than 600 times longer to read from main memory than to sum two numbers. This means that if two data-items are being summed, the GPU-cores would be doing mostly nothing when there was only one active thread.

A typical beginner’s mistake is to handle scheduling of the GPU-threads as if they were CPU-threads. It is logical with a CPU-mindset to put the number of threads equal to the number of GPU-cores times i.e. four.

This does not give a speedup for two reasons. First there is no opportunity for the scheduler to schedule new threads when possible. Second there is overhead to start a new kernel on the GPU.

So, how many threads can a GPU handle?

The maximum number of active/running threads is equal to the number of cores on a GPU times 10. As we’ve learnt, we should not try to manually optimise for that. But how about the number of enqueud threads?

We’re talking scheduled threads here. The maximum amount of (enqueued) GPU-threads is at least close to what is representable in 32 bits integers (4 billion) for each dimension. Given the three dimensions, this is more than enough. Let’s put it this way: we never got an CL_INVALID_GLOBAL_WORK_SIZE error for a too large dimension.

CL_INVALID_GLOBAL_WORK_SIZE if global_work_size is NULL, or if any of the values specified in global_work_size[0], …global_work_size [work_dim – 1] are 0 or exceed the range given by the sizeof(size_t) for the device on which the kernel execution will be enqueued.

This means that when you want to do pixel-wise operations on a 100 Megapixel image (i.e. 10.000 x 10.000 pixels) you loaded to the GPU, then you can simply launch such kernel without thinking about those 100 million threads.

If you want to know more about latency hiding on the GPU, you can find more information on this to look for OpenCL 2.0 sub-groups, NVidia’s warp, AMD Wavefronts and Intel/AMD CPU’s hyper-threading.

Feel free to ask questions in the comments. You can also attend one of our trainings. 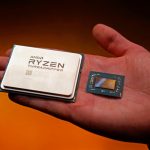 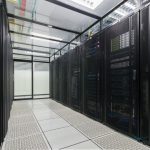 ...  seen the speedups possible on GPUs. We secretly know that many of these techniques would also work on modern multi-core CPUs. If ... 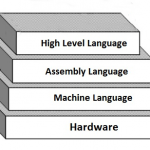 ...  OpenCL: the language is being attacked on so many fronts, and parts have been taken by other standards instead of ... 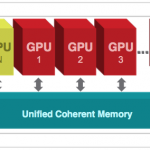 ...  Queuing). These two techniques had undergone so many updates, that new terminologies were used. In this blog post, ...