Most of our projects are around performance optimisation, but we’re cleaning up bugs too. This is because you can only speed up software when certain types of bugs are cleared out. A few months ago, we got a different type of request. If we could solve bugs in MESA 3D that appear in games.

Yes, we wanted to try that and got a list of bugs to solve. And as you can read, we were successful.

Below you found a detailed description of one of the 5 bugs we solved by digging deep into the different games and the MESA 3D drivers. At the end of the blog post you’ll find the full list with links to issues in MESA’s bugtracker.

Fixing the Render Error in Wasteland 2

Here’s a peek in our kitchen. The text below is taken from our issue-tracker, but does not include the logs of the tools like ApiTrace.

There are black rectangles instead of blood splashes. They are rendered in call 1570549, for example. 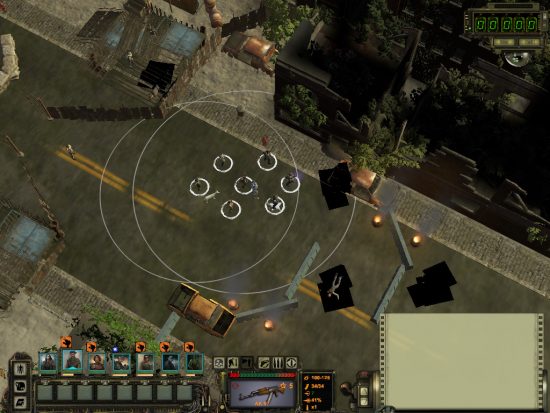 The vertex shader (1336, call 1080779) produces these values by calling normalize on TANGENT attribute.

TANGENT is mapped to 1 generic vertex attribute. There is 1570545 @1 glDisableVertexAttribArrayARB(index = 1) before 1570549 @1 glDrawElements. I.e. the attribute uses the current value, but this value is never set directly (using glVertexAttrib4f, for example), so its value is (0, 0, 0, 1) according to the OpenGL specification.

In the OpenGL specifications normalize is not defined for zero-vectors:

Returns a vector in the same direction as x but with a length of 1.

The behavior of all drivers is correct:

Why it works on NVIDIA: although normalize returns NaNs for zero vectors, for some reason GL_CURRENT_VERTEX_ATTRIB is (1, 0, 0, 1), this behavior violates the specification!

Why it works on AMD: normalize returns zeros for zero vectors, so other values are not “damaged”.
Catalyst uses v_mul_legacy here which treats NaNs as zeros (Mesa uses v_mul).

Here is a workaround that makes Mesa return zeros for zeros vectors (as AMD on Catalyst does) : 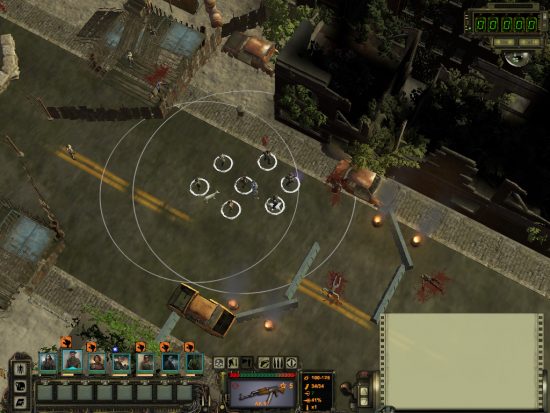 This workaround also fixes the bug in “Megamaggots’ Trails”.

In my opinion the bug is in the game engine, not Mesa. glVertexAttrib4(1, …) should be added after glDisableVertexAttribArray(1) to set correct values for TANGENT attribute. It’s a coincidence that it works well on proprietary NVIDIA (because of its incorrect behavior) and AMD (because of its normalize implementation).

We fixed the following bugs:

At your service! We like it that more of our work is really visible out there.

...  have set up an environment on my own computer?A: Yes. GPU-drivers, CUDA, HIP or OpenCL, Cmake and Git. You'll get instructions after ...