OpenCL vs. OpenMP: A Programmability Debate. The one moment OpenCL and the other mom ent OpenMP produces faster code. From the conclusion: “OpenMP is more productive, while OpenCL is portable for a larger class of devices. Performance-wise, we have found a large variety of ratios between the two solutions, depending on the application, dataset sizes, compilers, and architectures.”

Improving Performance of OpenCL on CPUs. Focusing on how to optimise OpenCL. From the abstract: “First, we present a static analysis and an accompanying optimization to exclude code regions from control-flow to data-flow conversion, which is the commonly used technique to leverage vector instruction sets. Second, we present a novel technique to implement barrier synchronization.”

Accelerating the FFTD method using SSE and GPUs. “The Finite-Difference Time-Domain (FDTD) method is a computational technique for modelling the behaviour of electromagnetic waves in 3D space”. This is a project-plan, but describes the theories pretty well. END_OF_DOCUMENT_TOKEN_TO_BE_REPLACED

I like and appreciate differences in the many cultures on our Earth, but also like to recognise different very old traditions everywhere to feel a sort of ancient bond. As an European citizen I’m quite familiar with the replacement of the weekly flowers with a complete tree, each December – and the burning of al those trees in January. Also celebration of New Year falls on different dates, the Chinese new year being the best known (3 February 2011). We – internet-using humans – all know the power of nicely coloured gunpowder: fireworks!

Let’s try to explain the workings of OpenCL in terms of fireworks. The following data is not realistic, but gives a good idea on how it works.

END_OF_DOCUMENT_TOKEN_TO_BE_REPLACED

End of October I had a talk for the Thalesians, a group that organises different kind of talks for people working or interested in the financial market. If you live in London, I would certainly recommend you visit one of their talks. But from a personal perspective I had a difficult task: how to make a very diverse public happy? The talks I gave in the past were for a more homogeneous and known public, and now I did not know at all what the level of OpenCL-programming was of the attendants. I chose to give an overview and reserve time for questions.

After starting with some honest remarks about my understanding of the British accent and that I will kill my business for being honest with them, I spoke about 5 subjects. Some of them you might have read here, but not all. You can download the sheets [PDF] via this link: Vincent.Hindriksen.20101027-Thalesians. The below text is to make the sheets more clear, but certainly is not the complete talk. So if you have the feeling I skipped a lot of text, your feeling is right.

END_OF_DOCUMENT_TOKEN_TO_BE_REPLACED 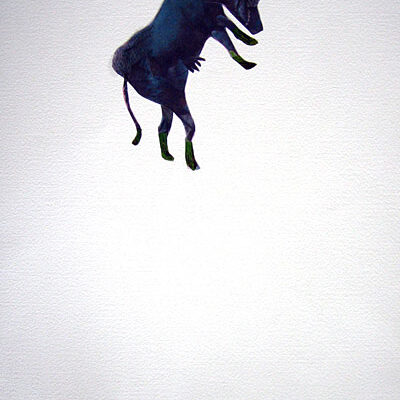 If you read The Disasters of Visual Designer Tools you’ll find a common thought about easy programming: many programmers don’t learn the hard-to-grasp backgrounds any more, but twiddle around and click a program together. In the early days of BASIC, you could add Assembly-code to speed up calculations; you only needed tot understand registers, cache and other details of the CPU. The people who did that and learnt about hardware, can actually be considered better programmers than the C++ programmer who completely relies on the compiler’s intelligence. So never be happy if the control is taken out of your hands, because it only speeds up the easy parts. An important side-note is that recompiling easy readable code with a future compiler might give faster code than your optimised well-engineered code; it’s a careful trade-off.

Okay, let’s be honest: OpenCL is not easy fun. It is more a kind of readable Assembly than click-and-play programming. But, oh boy, you learn a lot from it! You learn architectures, capabilities of GPUs, special purpose processors and much more. As blogged before, OpenCL probably is going to be the hidden power for non-CPUs wrapped in something like OpenMP.

END_OF_DOCUMENT_TOKEN_TO_BE_REPLACED

update: scroll down to see the best configuration I have found. In other words: a cluster with at least 30 nodes with 4 high-end GPUs each (costing almost €2000,- per node and giving roughly 5 TFlops single precision, 1 TFLOPS double precision) would enter the Top500. 25 nodes to get to a theoretic 25TFlops and 5 extra for overcoming the overhead. So for about €60 000,- of hardware anyone can be on the list (and add at least €13 000 if you want to use Windows instead of Linux for some reason). Ok, you pay most for the services and actual building when buying such a cluster, but you get the idea it does not cost you a few millions any more. I’m curious: who is building these kind of clusters? Could you tell me the specs (theoretical TFlops, LinPack TFlops and watts/TFlop) of your (theoretical) cluster, which costs the customer less then €100 000,- in total? Or do you know companies who can do this? I’ll make a list of companies who will be building the clusters of tomorrow, the “Top €100.000,- HPC cluster list”. You can mail me via vincent [at] this domain, or put your answer in a comment.

Nobody told in the remarks it is easy to build a faster machine than the one described above. So I’ll do it. We want the most flops per box, so here’s the wishlist:

The following is what I found in local computer stores (which for some reason people there love to talk about extreme machines). AMD currently has the graphics cards with the most double precision power, so I chose for their products. I’m looking around for Intel + Nvidia, but currently they are far behind. Is AMD back on stage after being beaten by Intel’s Core-products for so many years?

Disclaimer: this is the price of a single node, excluding services, maintenance, software-installation, networking, engineering, etc. Please note that the above price is pure for building a single node for yourself, if you have the knowledge to do so.