update: scroll down to see the best configuration I have found. In other words: a cluster with at least 30 nodes with 4 high-end GPUs each (costing almost €2000,- per node and giving roughly 5 TFlops single precision, 1 TFLOPS double precision) would enter the Top500. 25 nodes to get to a theoretic 25TFlops and 5 extra for overcoming the overhead. So for about €60 000,- of hardware anyone can be on the list (and add at least €13 000 if you want to use Windows instead of Linux for some reason). Ok, you pay most for the services and actual building when buying such a cluster, but you get the idea it does not cost you a few millions any more. I’m curious: who is building these kind of clusters? Could you tell me the specs (theoretical TFlops, LinPack TFlops and watts/TFlop) of your (theoretical) cluster, which costs the customer less then €100 000,- in total? Or do you know companies who can do this? I’ll make a list of companies who will be building the clusters of tomorrow, the “Top €100.000,- HPC cluster list”. You can mail me via vincent [at] this domain, or put your answer in a comment.

Nobody told in the remarks it is easy to build a faster machine than the one described above. So I’ll do it. We want the most flops per box, so here’s the wishlist:

The following is what I found in local computer stores (which for some reason people there love to talk about extreme machines). AMD currently has the graphics cards with the most double precision power, so I chose for their products. I’m looking around for Intel + Nvidia, but currently they are far behind. Is AMD back on stage after being beaten by Intel’s Core-products for so many years?

Disclaimer: this is the price of a single node, excluding services, maintenance, software-installation, networking, engineering, etc. Please note that the above price is pure for building a single node for yourself, if you have the knowledge to do so. 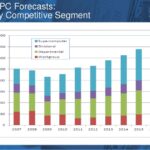 The Exascale rat-race vs getting-things-done with HPC

...  design of the machine was not pushed by getting into the TOP500, but by improving the performance of the current users' software. ... 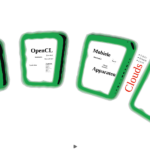 Engineering World 2011: OpenCL in the Cloud