For your convenience: an overview of all ARM-GPUs and their driver-availability. Please let me know if something is missing.

I’ve added a rating, to friendly push the vendors to get to at least an 7. Vendors can contact me, if they think the rating does not reflect reality.

Drivers can be delivered by Creative, when you pledge to order ZMS-40 processors. Mail us for a contact at Creative. Minimum order size is unknown.

This device can therefore only be used for custom devices.

They are found on public devices. Android-drivers that work on FreeScale processors are openly available and can be found here.

Even though the processors are not that powerfull, Vivante/FreeScale offers the best support.

Drivers are not shipped on devices, according various sources. Android-drivers are in the SDK-drivers though, which can be found here.

Rating will go up, when drivers are publicly shipped on phones/tablets.

There are lots of problems around the drivers for Exynos, which only seem to work on the Arndale-board when the LCD is also ordered.Android-drivers can be downloaded here.

All is in execution – half-baked drivers don’t do it. It is unclear whom to blame, but it certainly has had influence on creating a new version of Exynos 5, the octa.

TI only delivers drivers under NDA. Samsung has one board coming up with OpenCL 1.1 EP drivers.

Rating will go up, when drivers from TI come available without obstacles, or Samsung delivers what they failed to do with the previous Exynos 5.

Mostly because of a power-struggle between Google and the GPU-vendors, there is some hesitation to ship OpenCL drivers on phones and tablets. Unfortunately, Google’s answer to OpenCL RenderScript Compute, does not provide the needs wanted by developers. Google’s official answer is that it does not want fragmentation nor code that is optimised for a certain GPU. The interpreted answer is that Google wants vendor-lockin and therefore blocks the standard. Whatever the reason is, OpenCL is used as sword to show teeth who has a say about the future of Android – only the advertisement-company Google or also the group of named processor-makers and various phone/tablet-vendors?

In H2 2014 Nvidia will ship CUDA-drivers with their Tegra 5 GPUs, making the soap complete.

There are rumours Apple will intervene and will make OpenCL available on iOS. This would explain why there is put so much effort in showing OpenCL-results by Imagination and Qualcomm

And always keep a close watch on POCL, the vendor-independent OpenCL implementation.

Need a programmer for any of the above devices? Hire us! 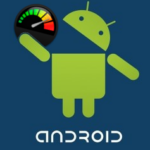 ...  on the desktop/HPC side of GPU compute. 4) On mobile, Android needs performance portability between many different GPU ...